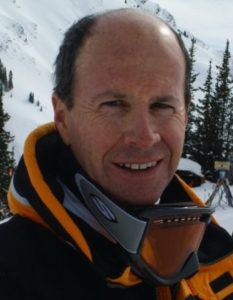 Dr. Alan Shuster is a board certified ophthalmologist and eye surgeon who has been in private practice in South Florida since 1990. Raised in Miami, Dr. Shuster graduated Phi Beta Kappa from the Honors Program at the University of Florida in 1982 with a Bachelor’s degree in History. He earned his medical (M.D.) degree with Honors from the University of Miami School of Medicine in 1986, having been elected to Alpha Omega Alpha (AOA) and elected by his peers to serve as Senior Class President. Dr. Shuster completed his Internship in Internal Medicine at Cabrini Medical Center (New York Medical College) in New York City, where he was elected “Intern of the Year.” He completed his Residency in Ophthalmology in Texas in the Department of Ophthalmology at University of Texas Health Science Center at San Antonio. Dr. Shuster is a Fellow of the American College of Surgeons (F.A.C.S.), Fellow of the American Academy of Ophthalmology (F.A.A.O.), and Fellow of the American College of Eye Surgeons (F.A.C.E.S.). He is also a diplomate to both the American Board of Ophthalmology and the National Board of Medical Examiners. Dr. Shuster was named one of the “Notable Physicians” of Palm Beach County in 2015. He has served over 40,000 patients and continually strives to dedicate himself to improving and maintaining excellent vision and ocular health for all. His subspecialties include Refractive Cataract Surgery, Glaucoma management and Minimally Invasive Glaucoma Surgery (MIGS), and Dry Eye Management.